The mastery of flanking maneuvers: what will happen to the market Samsung Galaxy S21 FE – the first smartphone on Android 12

The mastery of flanking maneuvers: what will happen to the market Samsung Galaxy S21 FE – the first smartphone on Android 12 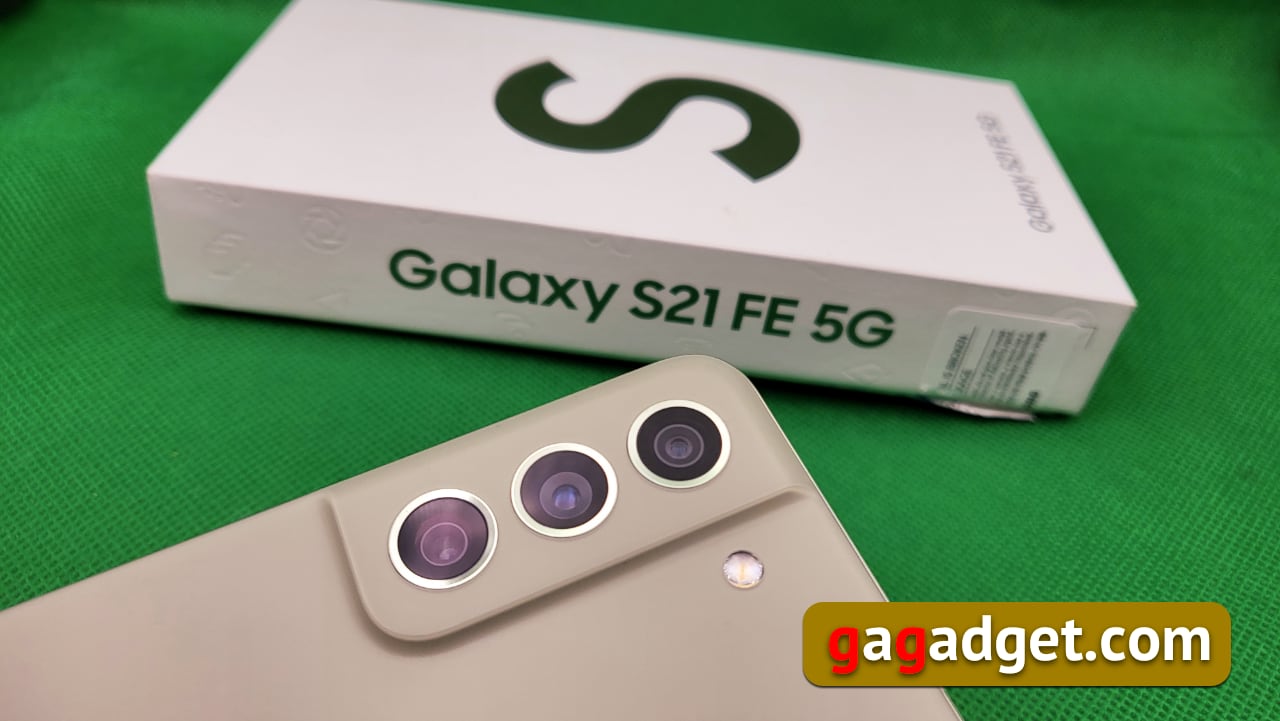 Flanking maneuver – an organized movement of forces and means towards the flank (along the front) in order to occupy an advantageous position to strike at the flank or rear of the enemy grouping or counteract his strike.
Glossary of military terms

Regular readers of gg will remember that I love looking under the hood of company decisions. And poking around not only in the technical characteristics of "whose processor / screen / camera is better." Such exercises allow you to better understand why companies do what they do. And where will it take them (and the market) in the future. For several years now, Samsung’s strategy has been looking like (forgive me the military terminology, but it’s not my idea to compare business with the art of war) well-built all-round defense using all the advantages of the market landscape. On the one hand, there is a strong competitor in the face of Apple (yes, this is a different world, but there are also wealthy buyers who migrate from Android to iOS and vice versa not so rarely, as it might seem). On the other hand, there are hordes of Chinese manufacturers of all possible calibers and categories: A-brands (Huawei, which has taken a break in the global market and Xiaomi is raising its head), OPPO and vivo B-brands, which are already listed as A-brands on the global market) and other C- brands that are innumerable. In this situation, Samsung has chosen the only correct strategy – to send prices for older models into the stratosphere, where you have to push with 1-2 competitors, and not all at once, simultaneously equipping them with more and more features (cameras, excess memory, and so on). In the hands of Samsung (and I have written about this many times) was the release of smartphones with a flexible display, opening a new era of form factors and a new user experience.
is an area where Samsung manages to consistently maintain leadership and where margins are (still) high. To maintain market share, there is an A-series in the middle (conditionally – youth) segment, our beloved M-series (sold on the Internet and is a direct answer to Chinese manufacturers). And then there are models like the Galaxy A03 with a price of 3000 hryvnia for presence in the ultra-budget segment of the market.

In this picture of the world, a separate place is reserved for a simplified version of the flagship model. Such smartphones have always https://opay.com.ng/page-12-megapixel-camera-samsung-pixon12-m8910 existed and from almost all manufacturers, but with the release of the Galaxy S20 FE (FE stands for Fan Edition, that is, the version for fans of the brand) in 2020, Samsung changed the rules of the game, and it seems that it did not lose. The editors of gg have given this smartphone its due credit with our "recommended" award, and I have dedicated a separate editorial to this phenomenon. The freshness of the idea was to make a special (simplified) version of the flagship smartphone, but with real flagship characteristics (leaving the older version of the processor, for example). Before the Galaxy S20 FE, all the simplified versions of the flagships were pure marketing, and apart from the big name, there was nothing behind them (processor, camera, display – absolutely all the key characteristics were simpler than the real flagship). As a result, the buyer bought "like a flagship" with a big name on the box, but in reality it was a completely different smartphone, a lower class. The risk of such a decision is not to completely sink the sales of older models. But this is precisely the skill of marketing commanders, who subtly calculate for the sake of what advantages buyers will become interested in older smartphones of the series. For example, in the case of the Galaxy S20 series, these were important, but not noticeable things for everyone – an ultrasonic fingerprint scanner in the screen, instead of an optical one. More
(outrageous, not just high) display resolution, larger diagonal, the next generation of Gorilla protective glass. The Galaxy S20 Ultra also stood out for its periscope zoom camera. It should be borne in mind that the release of the Galaxy S20 FE model to the market was also deliberately spaced in time with the main series. Such a move allows you to constantly be present in the information space, which, by the way, Chinese manufacturers have always used, regularly releasing updates to their smartphones with Pro consoles on the market. That is, after minor upgrades to existing models, they simply gave them a name already known to the buyer, adding a new word to it to give the effect of novelty. 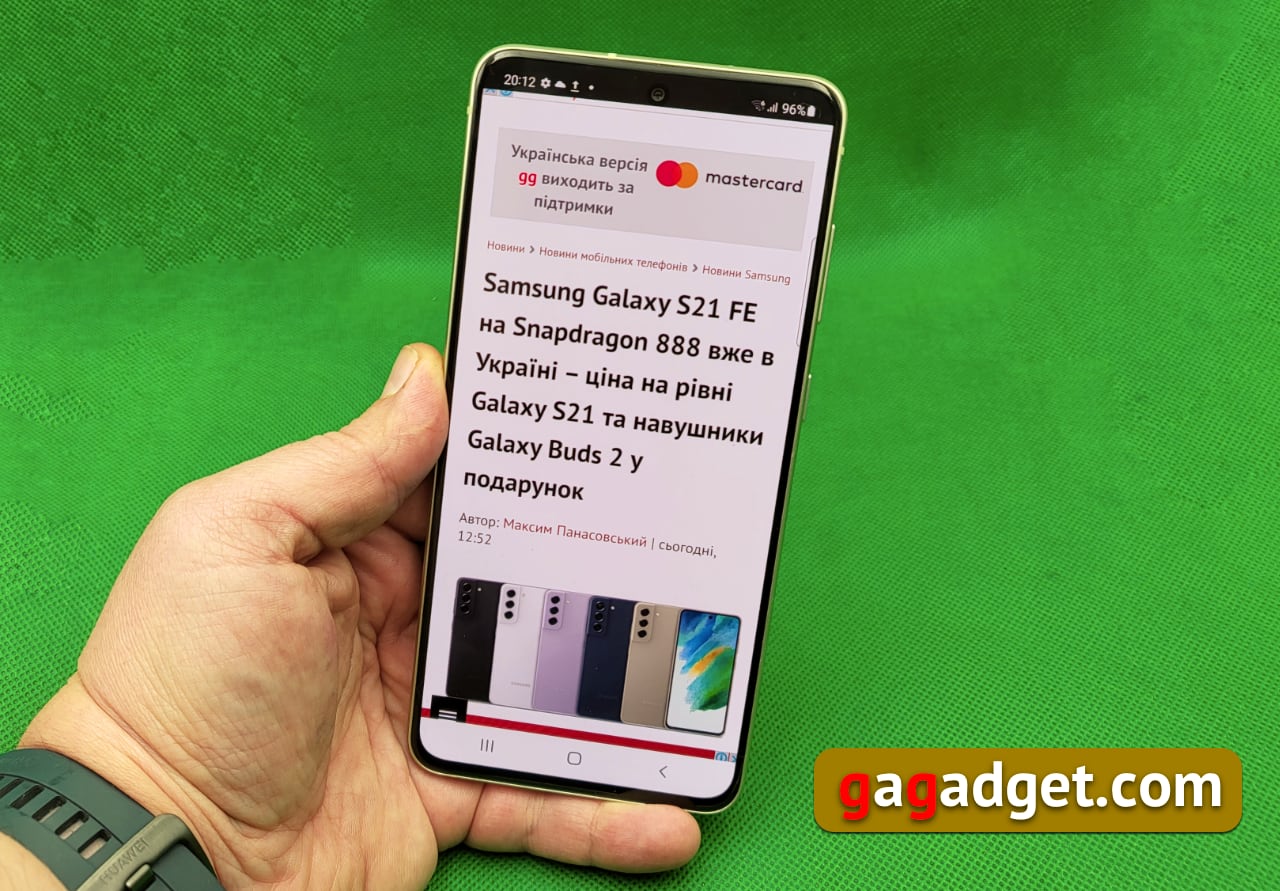 What’s different about the new Galaxy S21 FE announced on Day Zero of CES 2022? For the past couple of months, the theater of operations has been watching with interest the covert movements of troops with rumors in the market and wondering what exactly Samsung will show: the new flagship Galaxy S22 or is it the Galaxy S21 FE? What will surprise you this time? Firstly, to the delight of all the geeks, this smartphone has the flagship Snapdragon 888 processor (like the foldable Z Fold3 and Z Flip3), and not the Exynos 2100 like the Galaxy S21. How many years have we heard these moans of users (yes, you, rejoice – your voice has been heard) who wanted Snapdragon, not Exynos? And here is the flagship Snapdragon! Secondly, and perhaps most importantly, the start of smartphone sales around the world begins right now! It sounds incredible, of course, but we have lived up to such times, although I still found an era in which it was common to start sales six months (or even more) after the official announcement of the new product. Thirdly, this smartphone immediately has Android 12 on board, which makes it more interesting than the rest of the smartphones in the series, which still have to wait for updates to Android 12 and One UI 4.0 (albeit a little longer to wait). Finally, fourthly, the protrusion at the camera block (I don’t know about you, but this “shoulder” of the Galaxy S21 reminds me of Captain Phasma’s armor with its metallic sheen) has become noticeably smaller. Before my design dream – the complete merging of the camera block with the back wall of the case – there was nothing left (maybe I will live and see with my own eyes such
design move).

Among the "simplifications" of the smartphone, one can name a plastic case (but, firstly, it is matte, which is great, and does not leave greasy fingerprints, secondly, this made it possible to make several color schemes for the case, thirdly, it very pleasant to the touch, and the inscriptions on the back cover are made somehow as if it is multi-layered and the text is at different levels of the layers, it looks cool). Again, an optical fingerprint sensor under the screen instead of an ultrasonic one. The smartphone also lost support for e-SIM – both SIM cards are physical, placed on both sides of the tray. There is no wireless DEX support, and the 4500 mAh battery is more than the Galaxy S21 (4000) but less than the Galaxy S21 (4800) and Galaxy S21 Ultra (5000). As you can see, in practice, all these simplifications (well, except that the battery capacity is not excessive) do not greatly affect the picture of the world.

At the same time, there is also IP68 dust and moisture protection, Gorilla Victus and an aluminum frame, which gives the phone a solid look and additionally protects the case when